Eleven billion years ago, two massive stars were born. They both lived short, brilliant lives, dying in supernova explosions and leaving behind two neutron stars orbiting each other. After a billion-year cosmic dance, these neutron finally stars merged, sending a ripple of gravitational waves through space and time. These gravitational waves travelled more than a hundred million light years and were finally felt on August 17, 2017 by Advanced LIGO and Virgo using their incredibly sensitive detectors. 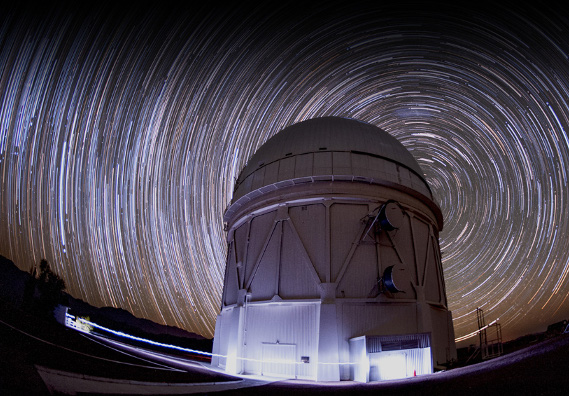 Our team, and others around the world, jumped into action. As soon as the sun set on the deserts of Chile — less than twelve hours after the waves were detected — observations began using the Dark Energy Camera on the 4-meter Victor Blanco Telescope at the Cerro Tololo Inter-American Observatory.

For the first time in history, we have connected these elusive gravitational waves with an electromagnetic companion: a kilonova.

Why do kilonovae matter? As well as allowing us to study extreme physics in the densest objects in the Universe, these events are thought to be responsible for producing most of the heavy elements such as gold and platinum.

Most importantly, this is just the beginning. The discovery of this “multi-messenger”, visible in both light and gravitational waves, marks the beginning of a new era in physics and astronomy, and a new way to learn about the Universe.

You can read more about our work in our technical description for experts or by checking out our eight papers listed below. Our Press Kit page features our team’s official press release as well as video interviews with some of our team members.

Feel free to contact us to learn more about our work!